The moving of Battlestar Galactica to 10:00 Sunday on Sci-Fi channel in the USA night might make programming sense, in terms of more of it's young adult fans being home instead of our partying or shopping or having sex or whatever the hell youngsters do on Friday nights. Hey, I've been a grown up for a while now, don't get out much... But it gives me a REAL problem.

It's a School Night.

krazycrfafter has already complained that he is beginning to develop teen-age sluggishness in the mornings.

Also, do you have any ideas as to who told Adama in the miniseries there were 12 Cylon models?

Jamie has been added to the guest list for Dragon*Con.

I'm sure this has been mentioned previously, but in case you missed it ... Katee is also on the guest list.

Tricia Helfer is scheduled to be on David Letterman tonight!

Sorry if this has already been posted. 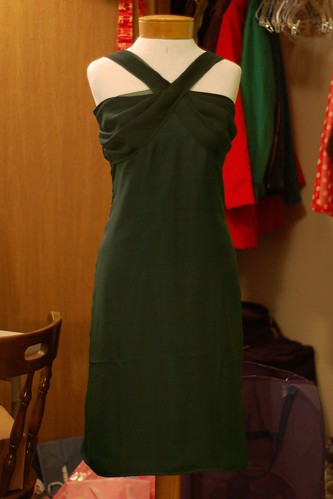 This is a recreation of the dress Starbuck wore in "Colonial Day." You know, the only dress she's ever worn. I made it completely from scratch, no pattern.

Edit: A couple of people have asked for pics of me in the dress ( Collapse )

i have a question that maybe someone can asnwer. after a discussion awhile back with someone on my f-list about K/L i figured i'd pose the question here. the discussion was basically that she believed that Kara and Lee knew each other before Zak, and that it was pretty much canon, i believe were her words.

now putting my ever growing distaste for K/L aside, the impression that i've always gotten from the mini series and Act Of Contrition was that they knew each other because of Zak. That was how they met and became friends.

does anyone know?
Collapse